Our local branch of the ‘Postive Money’ campaign group are arranging an open event in Leicester, at the Friends Meeting House, 16 Queens Road Leicester. 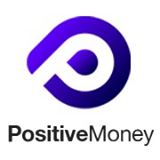 “A gathering of people to discuss questions and issues about ‘Money as a currency and main driver of the economy’ as well as to share with imagination and inspiration, solutions and ideas for change.”

We all know housing is likely to be one of our largest investments over our lifetimes, so we should at least be fully aware of the financial burden we’re putting ourselves into, not to mention what this could mean for the rest of society.

There will be a panel of four experts, discussing topics and terms such as Bitcoins, Tax Justice, Complementary Currencies and Responsible Credit.

They are taking questions before the 30th november at MoneyLeicester@gmail.com

The event is being co-ordinated by Marie Lefebvre who can be contacted on the same email.

Marie’s write up of the event follows for those of us who couldn’t make it:

In the last few months, I contemplated the idea of organising an event in Leicester about Money and the financial system. I first started by looking for a supportive group of individuals to do it with but after few unsuccessful  attempts in recruiting people and ensuring continuous involvement, it became clear that speaking was not enough but that I had to take action. I was letting go of my passive consumer shield to be more of an active citizen.

With the full support of Transition Leicester and Positive Money, 5 knowledgeable key speakers were invited. 40 people managed to attend the event. Food, hot and cold drinks were available for everyone to share. The evening turned out not only to be fun and interesting but also educating. This was a moment we travelled in a land of wonders and opportunities.

Anthony Ph.D student in the Finance of Mortgages was the first one to invite us in. What is the meaning of money from the perspective of the law? Once we have a better understanding of the law, can this actually get us out of debt for free? Antony used interesting examples of individuals who were able to defend themselves from banks that unlawfully attempted to repossess their homes and goods. Knowledge is truly power. Knowledge is even more helpful when it’s comes to understanding how the financial systems work and knowing our rights as consumers. Anthony invited us to check  http://www.getoutofdebtfree.org/ for more information.

Dr Gail Bradbrook, Tax Justice Specialist, our second speaker of the night, focused on corruption and tax justice. With the rise in number of corporations involved in tax evasion  practices, the list of corporation excuses to avoid taxes seems endless. Big corporation have a moral duty to pay their share in taxes, nevertheless billions in pounds sterling are annually being hidden in offshore accounts. Can something be done to stop this tax evasion? If so, what and who is responsible for this change?

The thought  that major companies are actually part of the tax law making process is even more worrying. Particularly, when the status quo remains that we have major corporations that are avoiding tax in this country at this point in time. She invited us to access resources on Street School Economics – http://streetschooleconomics.wordpress.com – to understand better corruption and tax justice and pick up some actions from the manifesto.

Ian Tennant, co-director from Positive Money www.positivemoney.org gave us a good account on how money is supplied and what we could do as citizens, to give more control to the government in the creation of money as such rather than banks. What was touching from his presentation in my perspective is that he reminded us all that we do not have to be expert in economics and finance to be concerned by how money is created and used. Working in NGO’s, healthcare and environmental sector, he asked how come it is more profitable to cure than to prevent?  It is an important question to think about in relation with our role in this mess with and/or without the skills. We have as citizen a moral duty and responsibility to act for positive change and caring from one another.

Damon Gibbons from the Centre of Responsible Credit – http://www.responsible-credit.org.uk/ stepped away from the money supply perspective and asked questions that resonated in all of us. ‘Why are we here today in this era of austerity?’ Why a debt crisis created by major banks became very quickly a public debt? Why our public services are losing out? Why the poor are becoming poorer and the rich richer? His explanations on the political choices made by our politicians made me wonder. The system we have at the moment seems to protect the rich and punish the poor. Those with a small deposit, pay the highest interest on mortgages, those who can’t get credit, end up getting caught up in payday loans or get worse financial deals. He invited us to take actions and use the available democratic tools available to us in our cities and towns to ask more questions to both governmental institutions and banks so they can take more responsability in helping the community.

Marco Sachy, Ph.d Student in Finance Management and Activist for the Bitcoin community and Dyndy finished by giving us some perspective on alternative currencies such as BitCoin. Could more alternative currencies create a more balanced democratic debate as individuals will spend their favourite currencies on causes that matters to them? He invited us to explore the Dyndy project which is an effort to inform and empower communities with tools and concepts to better understand and manage alternative and complementary money systems >> http://www.dyndy.net/.

The session was followed by a well-deserved break and we finished the evening with a stimulating Q&A session. All our speakers on that evening were giving us different tools to act and do something in our own communities.

Whilst the debates were flourishing between speakers themselves and the public on what could be done, I asked myself with so many suggestions for change, what is actually the real problem? The real problem is to not act. The real problem is not to be present and remain passive when decisions are being made on our future. There is no universal answer to solve the money issue, there are only plenty of actions to take at every present point in time.

The event was now last month, December the 3rd and we are now in 2014. I invite to join me in a year full of actions to uncover further opportunities, to make the debate on money, sustainability and resilient lifestyle evolve furthermore. I wish you all strength to solve the real problem.

I thank Transition Leicester and Positive Money for all their support, I thank all the participants and all attendees for this wonderful evening.

Have a lovely Christmas and happy new year and keep being active ;)