Here’s an example of just some of the things QGIS can do. In particular, I am using some of my own data collected at the relatively recent Leicester Belgrave Mela from audience members. (Thanks to the Mela for doing the fieldwork!)

2. Selecting and loading OSM points. Points can be a variety of features (buildings, shops, amenities), below are all the points from the Leicester area, all 13,823 of them. What if we wanted to select one particular type of point? 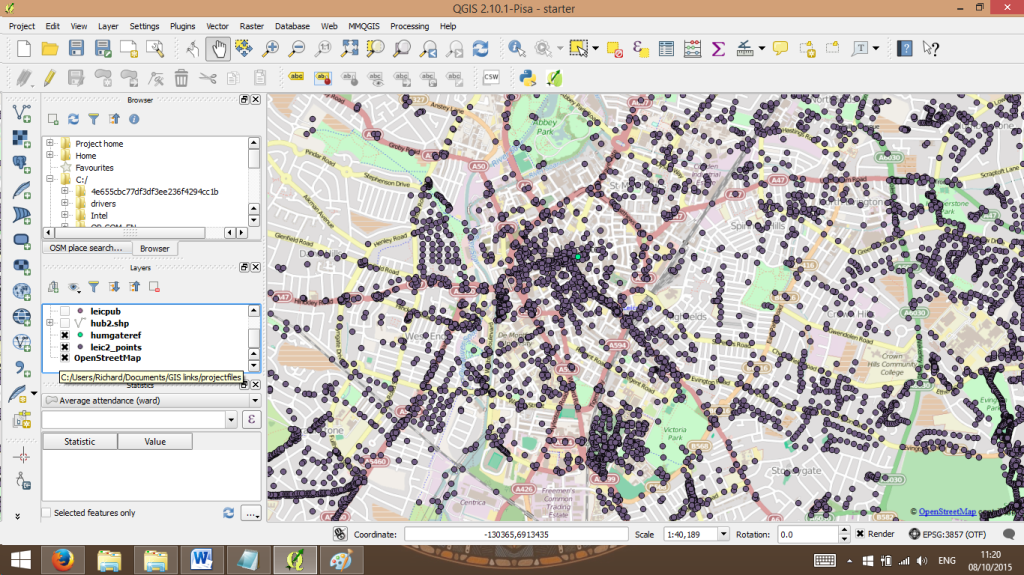 3. By using the relevant search expression we can identify those points which are identified as amenities – in this case, it’s pubs. Through the editing tools I have also added a point of my own specification (the light blue one). This is the event site I am particularly interested in looking at (roughly the middle of Humberstone Gate). 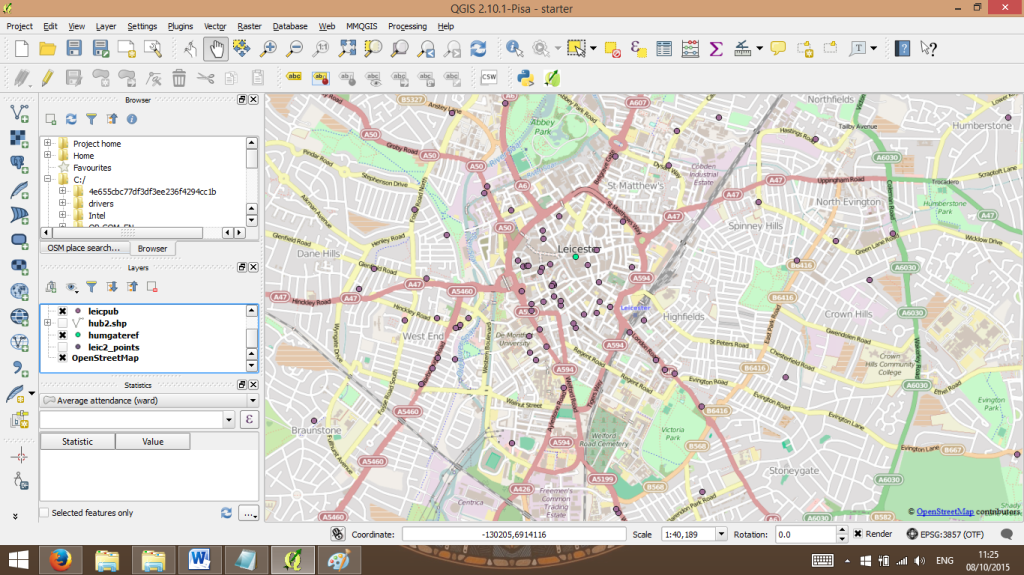 4. The following shows the inclusion of lines from OSM – mostly roads. Each line has its own variables which can cover speed limits, pedestrianization and one-way restrictions. This layer is essential to carrying out route analysis.

5. Zooming out a bit further now, we have geocoded (turned into co-ordinates) a small set of postcodes of attendees. We have imported additional data from this audience survey which in this case refers to how many previous times they have attended the event. This data has been used to colour code the points, with darker points representing more frequent attendance.

6. We have added Ordnance Survey OpenData below, specifically the polygon layer designating wards. Numerous other administrative boundaries are also available though ward level is one of the more suitable for urban environments.

7. Now we have cross-referenced and colour coded the original postcode/co-ordinate data onto the ward level polygons; and used the previous attendance variables to weight appropriately. 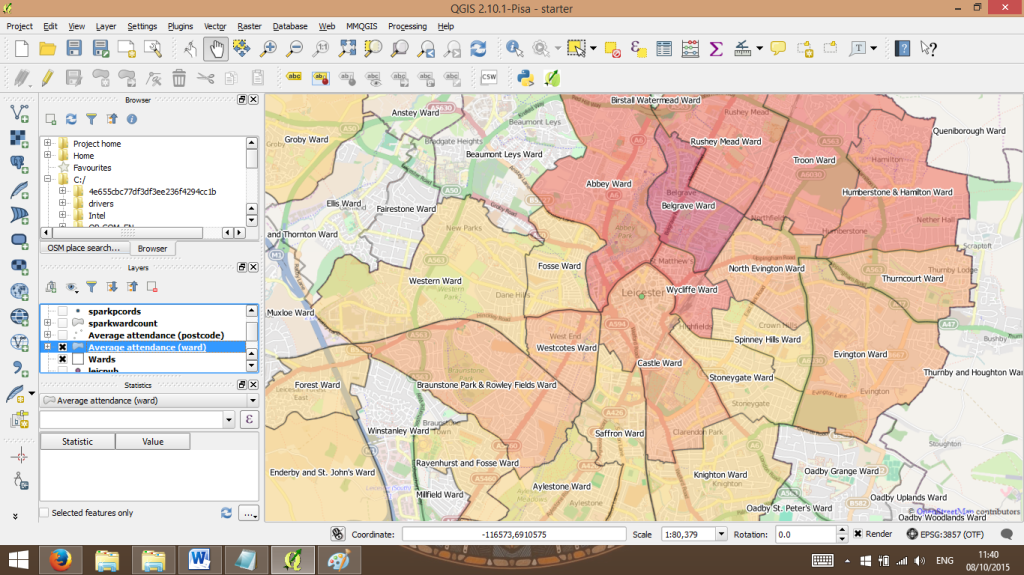 8. A similar example shows a hub diagram from the event site and the spokes to individual attendees. In this case (and zooming out further) the darker the line, the further straight-line distance traveled to our original point. This particular diagram makes use of an additional plug-in (MMQGIS) which is also capable of Voronoi diagrams and some basic animation. 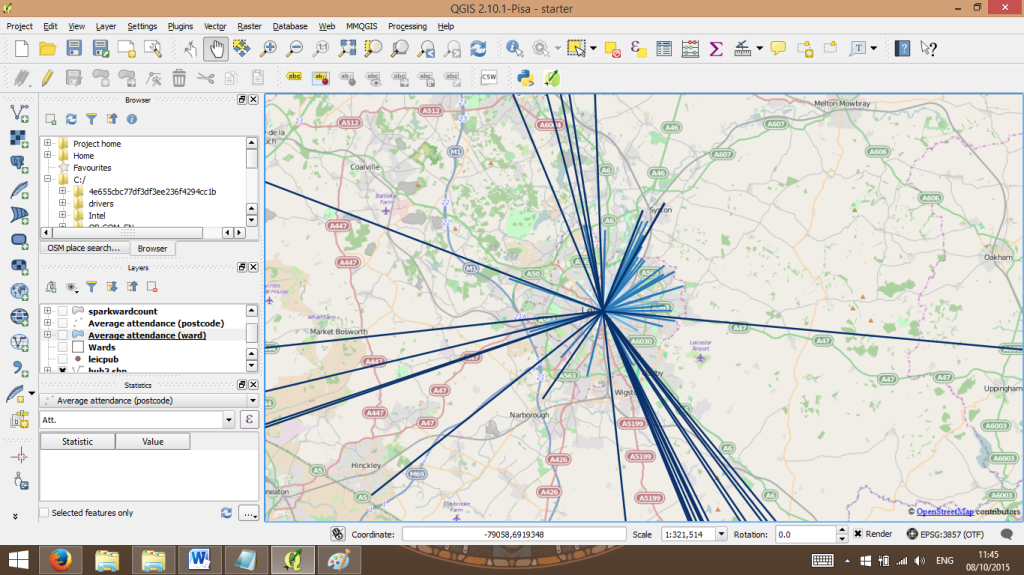 9. The attribute table for each layer contains the raw data behind the visuals. 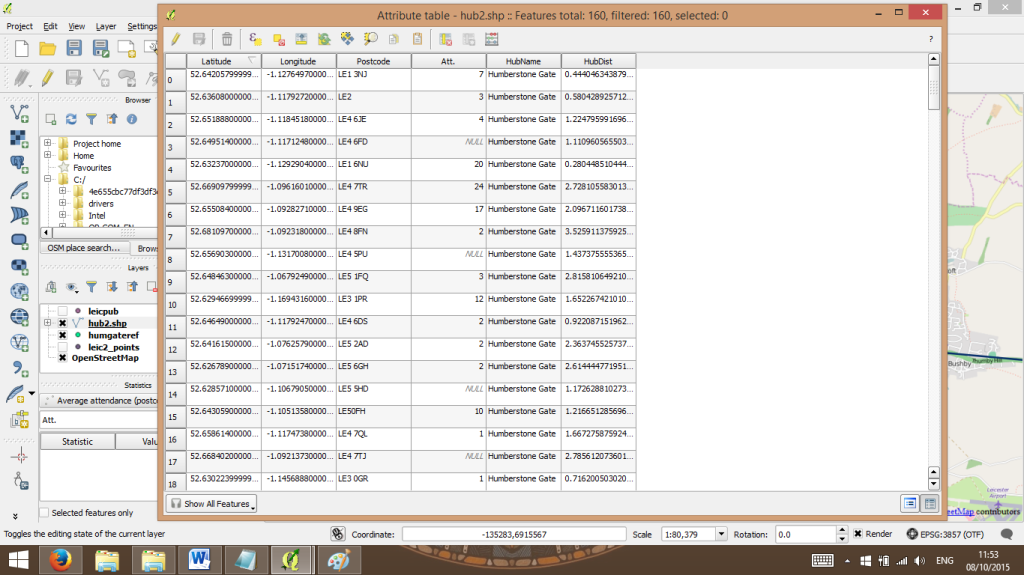 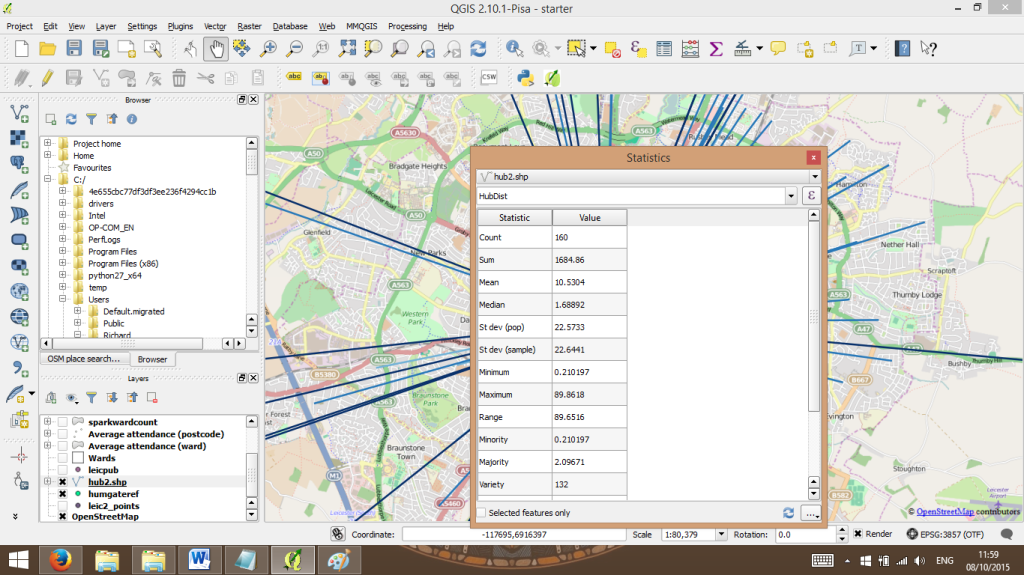 11. Finally, Print Composer prepares the map for printing, adding legends and attribute tables. I haven’t investigated fully yet, but the map can also be published online as a fully interactive ‘browseable’ html object (plugin: qgis2leaf). 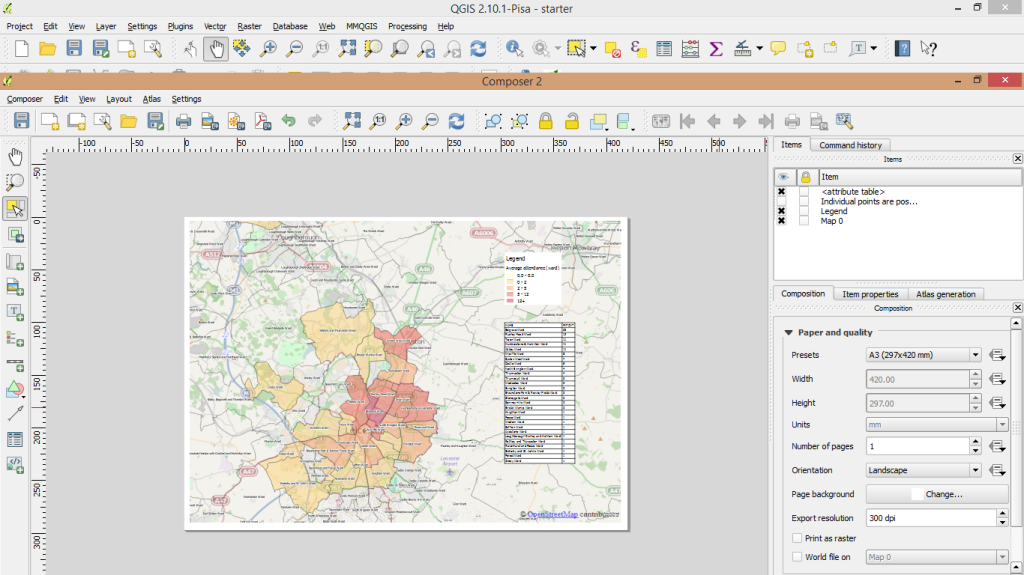 What further use can QGIS have for events and festivals research?